Power Divided by S.Behr
1st book in the Evolutionaries series

A runaway princess with elemental powers stumbles upon a thousands-year-old archive of ancient tech that will forever change her utopian kingdom.
The citizens of Amera are blessed with a range of extraordinary powers ­– from telepathy and healing to growing plants and breathing under water. As descendants of genetically modified humans desperate to survive an ice age, Amerans have built a peaceful, prosperous kingdom uniting nine realms, each with their own king and queen.
Violet is a princess of Neyr, the third of the nine realms of Amera, living in the transformed ruins of ancient New York City, high up in the reborn Chrysler building. Born into Neyr’s talented ruling family, she struggles to show evidence of any special power herself. Raised by one of the most powerful healers in Ameran history, Violet wants more than anything to pass her Criterion, a test all citizens must take to prove they are worthy and to find their place in society. But when her powers explode to catastrophic effect in front of her entire court, she runs from the unthinkable damage and misery she has caused.
In her desperate escape, Violet stumbles upon an incredible archive of ancient knowledge and awakens Hailey, an artificial intelligence relic who reveals hidden truths that could be the key to her return home.
But when the sanctuary of the Amera is threatened by humans, old enemies of Amera who live in violent colonies beyond Amera’s borders, Violet must master her burgeoning powers and find a way to protect her idyllic kingdom from the outside world.
A thrilling, action-packed blend of Young Adult fantasy and post-apocalyptic science fiction. Perfect for fans of the Lunar Chronicles and Shatter Me series.


I love a good story, in all artforms. I have been a professional photographer for nearly 20 years and I had to learn to tell a story with a click of a button and capture the layers of emotion in a single image. Little did I know it was boot camp for writing.
Being an author was a childhood dream and as I got older it seemed to be a dream that grew further out of reach with each passing year. But with encouragement from a lot of friends, new and old, my husband being my biggest cheerleader, The Evolutionaries series has begun with Power Divided.
To keep me company during my writing bubbles are my husband and our fur babies. They love whatever I write, even if they can’t read it but they don’t always love the music I write to. We all have to make sacrifices! And I am still pinching myself ever since I found out, that, recently I became a Featured Author. Power Divided will be in the Feb 15th Issue of Kirkus Magazine.


I’m organizing a Book Tour for Power Divided by S.Behr.
The tour will take place from 15th June to 19th June and will contain reviews, interviews, excerpts, guest posts and promo posts.
Review copies will be available in ebook formats (epub/mobi).

Note: signing up does not guarantee a spot on the tour.
Confirmed participants will be emailed a month before the tour about schedule.
Official Tour Schedule will also appear below.

For the Lost Time by Heather Blair

Of Ash & Shadow by Sarah King

Behind Blue Eyes by Anna Mocikat

Huge thank you to @thenightreader.28 for taking pa

New Book Tour Alert! We have pleasure to invite yo

New Book Tour Alert! We have something special for

You can still sign up for review opportunity for T

Booktamins are looking for passionate bookbloggers 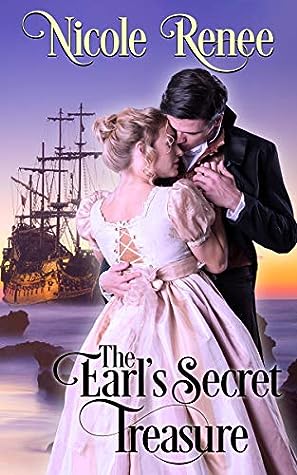 Huge thank you to @thenightreader.28 for taking pa

New Book Tour Alert! We have pleasure to invite yo

New Book Tour Alert! We have something special for

You can still sign up for review opportunity for T

Booktamins are looking for passionate bookbloggers

Any cookies that may not be particularly necessary for the website to function and is used specifically to collect user personal data via analytics, ads, other embedded contents are termed as non-necessary cookies. It is mandatory to procure user consent prior to running these cookies on your website.

Find out more or adjust your settings.

This website uses cookies so that we can provide you with the best user experience possible. Cookie information is stored in your browser and performs functions such as recognising you when you return to our website and helping our team to understand which sections of the website you find most interesting and useful.

Strictly Necessary Cookie should be enabled at all times so that we can save your preferences for cookie settings.

If you disable this cookie, we will not be able to save your preferences. This means that every time you visit this website you will need to enable or disable cookies again.